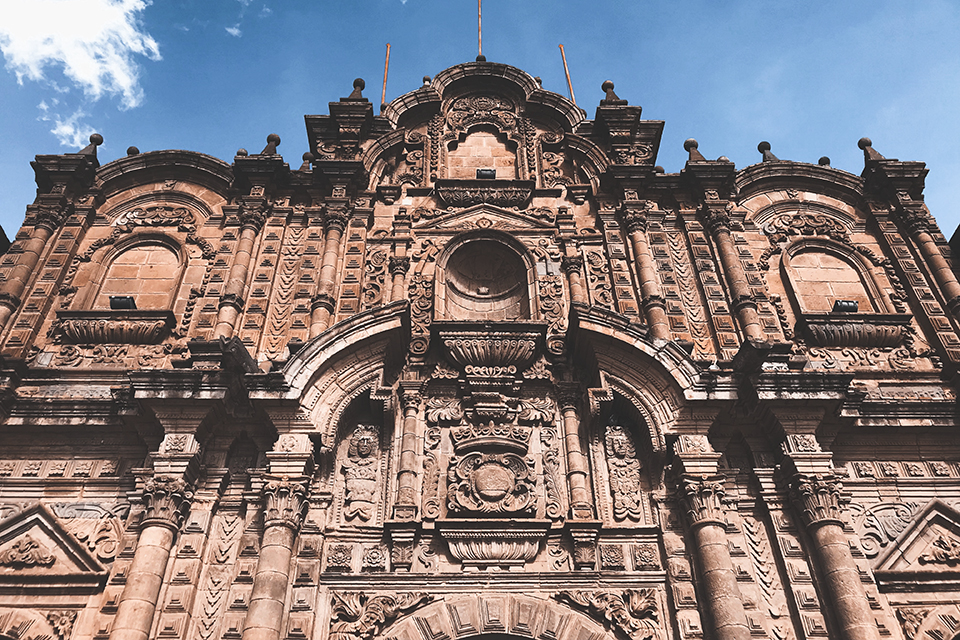 Cusco’s Cathedral is the seat of the Roman Catholic Archdiocese of Cusco and the city’s foremost example of colonial architecture. Sporting an impressive facade and numerous pieces of invaluable artwork, the Cathedral is one of three churches in Cusco’s Plaza de Armas - the other two being the Baroque Iglesia de la Compañia de Jesús and the earlier Iglesia del Triunfo.

Erected on the foundations of Viracocha’s temple, the Cathedral marks the transition of Cusco from capital of the Inca Empire to Spanish colony. Its structure is built almost exclusively from Saqsaywaman’s polished stonework, and its interior is filled with neoclassical artifacts from Quechuan artists. It is this fusion of European architecture and Andean craftsmanship that makes the Cathedral one of the most popular attractions in the heart of Cusco.