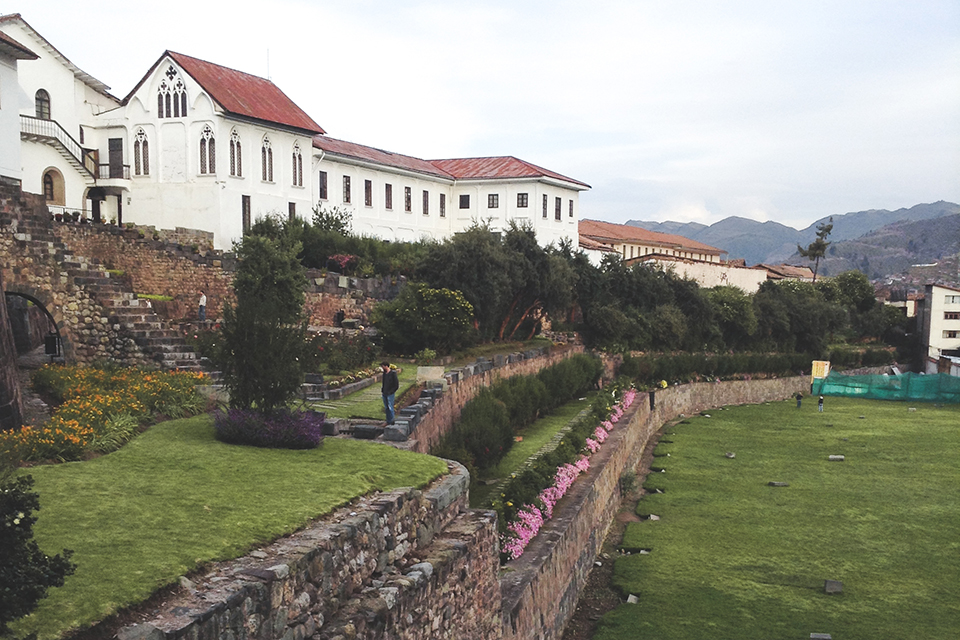 According to some accounts, there once was an Inca temple in Cusco filled with riches beyond imagination. Its walls and ceiling were glazed with gold, and its courtyard boasted countless golden statues. Such was the wealth gathered in this temple that, as legend has it, the Incas ransomed their leader Atahualpa from the Spanish with its gold ‒ and there was still plenty of it left afterwards.

“The Golden Courtyard,” or Qoricancha, no longer contains the fabled opulence it once had, yet its ruins bear testimony to the exceptionally remarkable Inca stonework. The temple is now part of the Convent of Santo Domingo, which has preserved the ruins and allowed numerous visitors to experience what it was like to be in the “Golden Courtyard.”